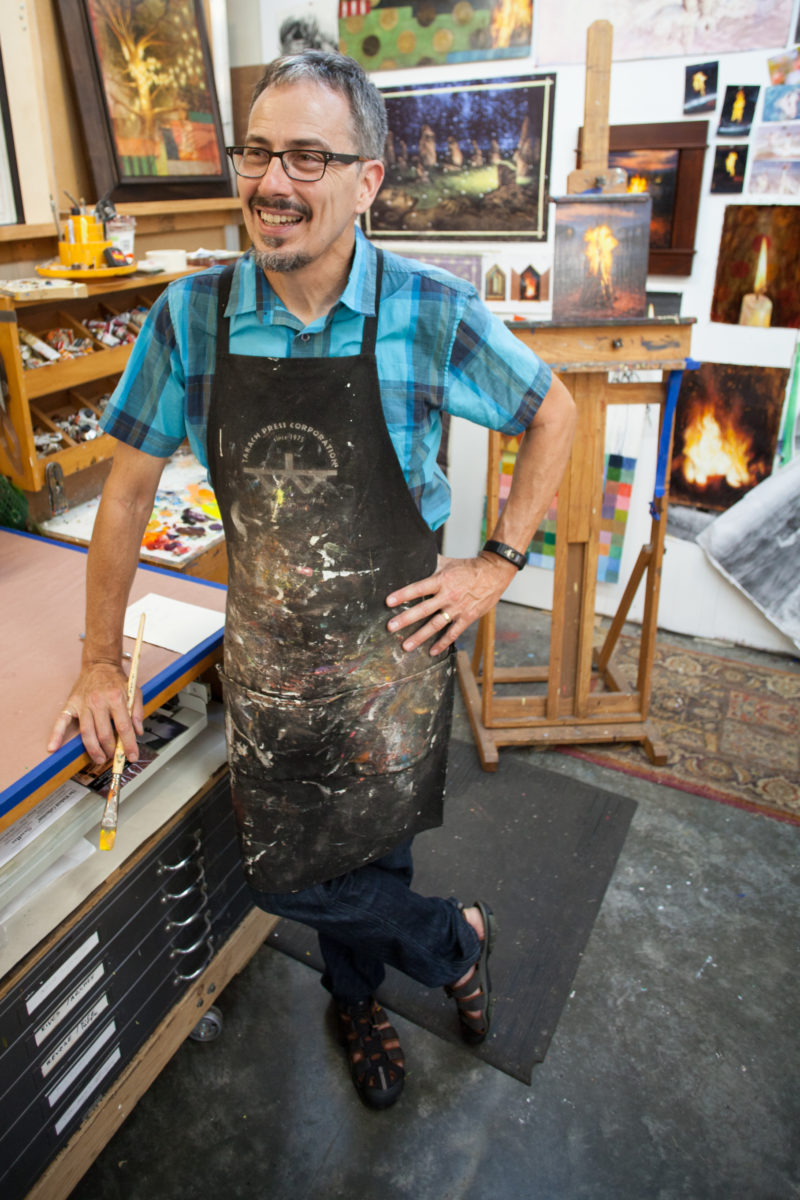 He is currently represented by the Abel Contemporary, Real Tinsel and Edgewood Orchard Galleries in Wisconsin, ArtHelix Gallery in New York and Gallery Athene in Drammen, Norway.

I’m currently involved in two bodies of work. The first is a continuing series of paintings that focus on landscape, memory and sense of place. Landscape and experience has a way of shaping people. The sense of place is powerful; it can express feelings of belonging, separation, distance, and loss. Landscape as an avatar.

I’m increasingly involved in creating a body of work that focuses more directly on personal relationships and the human conditioning. This series of predominately print-based works involve a wider set of graphic motifs and rely heavily on the assets that printmaking provides.